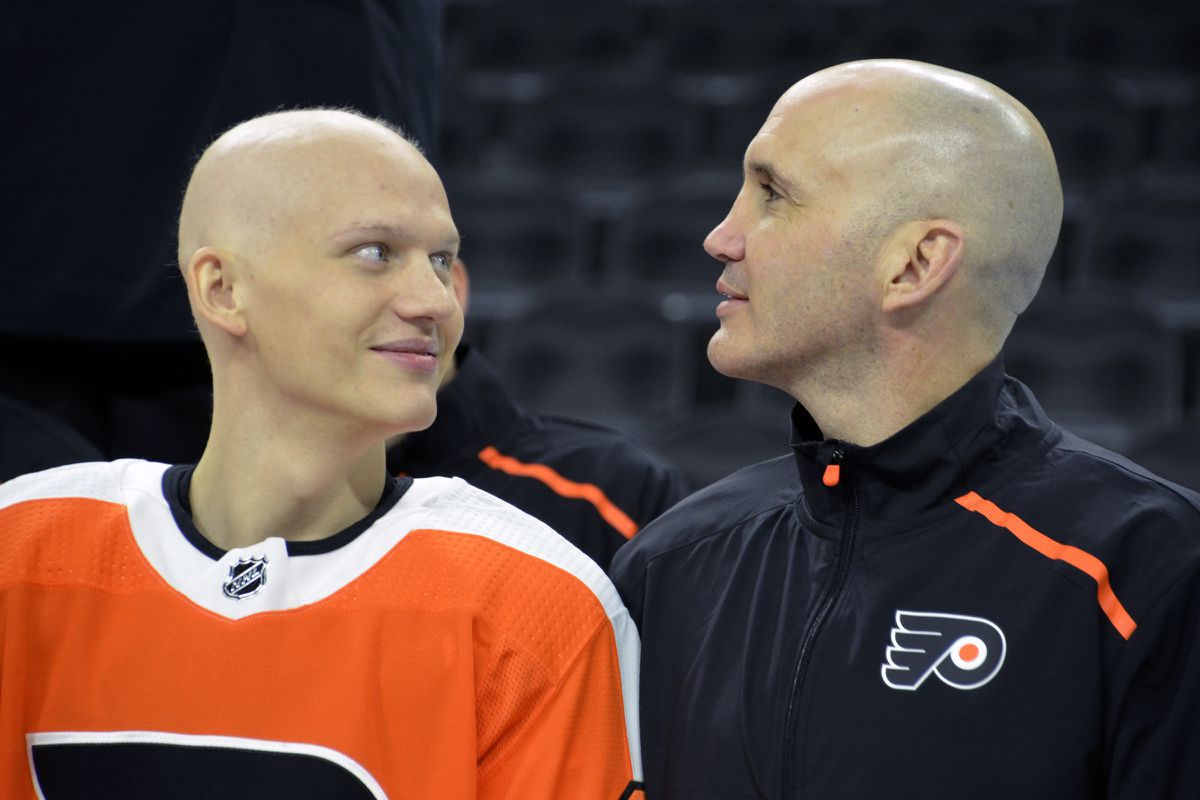 The scoreboard, which will be almost triple the size of the current one, will have 4K screens for better replays and a lights-flashing oval crown that sweeps up and down.
https://www.philly.com/news/sixers-flyers-comcast-wells-fargo-renovation-20190211.html?outputType=am
40
0 Comments
Share
Rick dC @rick
Posted a video
6:39am - 07 Jan 2019
Report
Flyers mock Lightning's 1-3-1
48
0 Comments
Share
HockeyCircles @HockeyCircles
Shared a link
3:30am - 28 Dec 2018
Report 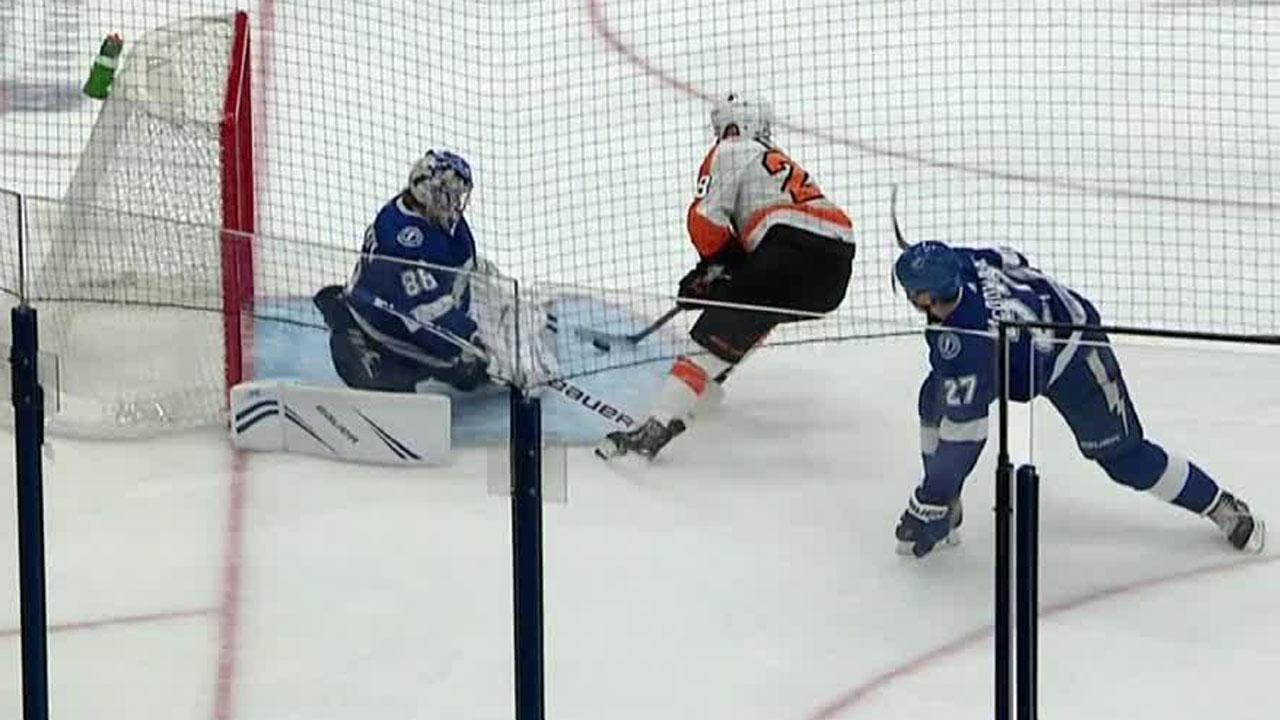 CONFIRMED: Dave Hakstol has been fired as head coach of the Philadelphia Flyers

Ron Hextall believes the Philadelphia Flyers have a bright future, even if won't be part of it.
https://www.nhl.com/news/former-flyers-general-manager-ron-hextall-proud-of-progress/c-302468776
34
0 Comments
Share
Rick dC @rick
Shared a link
6:09pm - 30 Nov 2018
Report 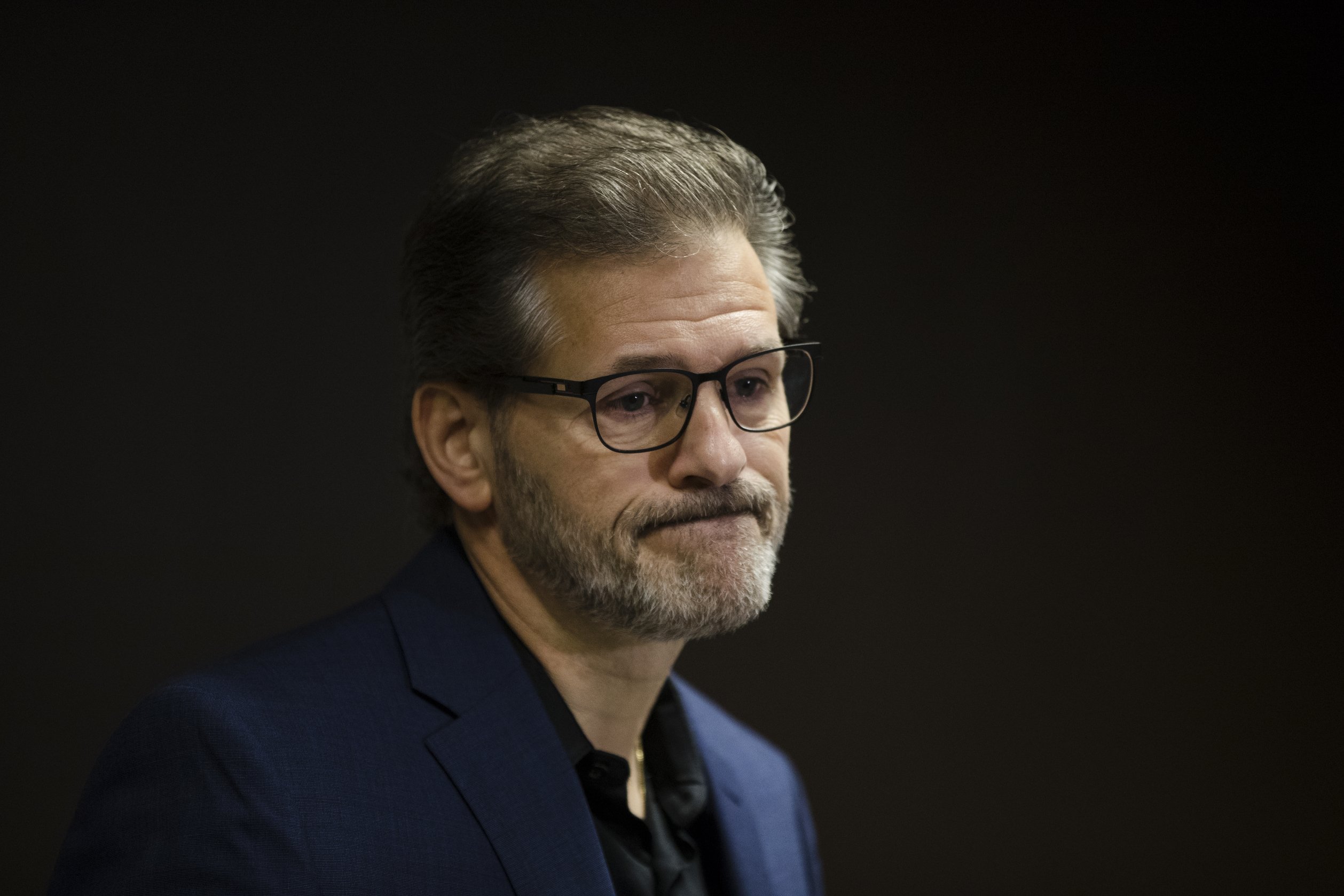 VORHEES, N.J. (AP) — Former Philadelphia general manager Ron Hextall said he was stunned the Flyers fired him this week, despite their losing record. Hextall, a former Flyers goalie, was fired Monday after 4 ½ seasons on the job. "I didn't see this coming in any way," Hextall said Friday. "I was shocked. I was stunned, yeah.&quot; The Flyers are 10-12-2 and in last place in the Eastern Conference under coach Dave Hakstol headed into Saturday's game at Pittsburgh. Flyers President Paul Holmgren said he fired Hextall because it had "become clear that we no longer share the same philosophical approach concerning the direction of the team.&quot;
https://www.apnews.com/1bf238762ece4312aed5f262fbe50863
6
0 Comments
Share
HockeyCircles @HockeyCircles
Shared a link
1:20am - 28 Nov 2018
Report

Will It Be Brotherly Love For Hakstol In Philadelphia? 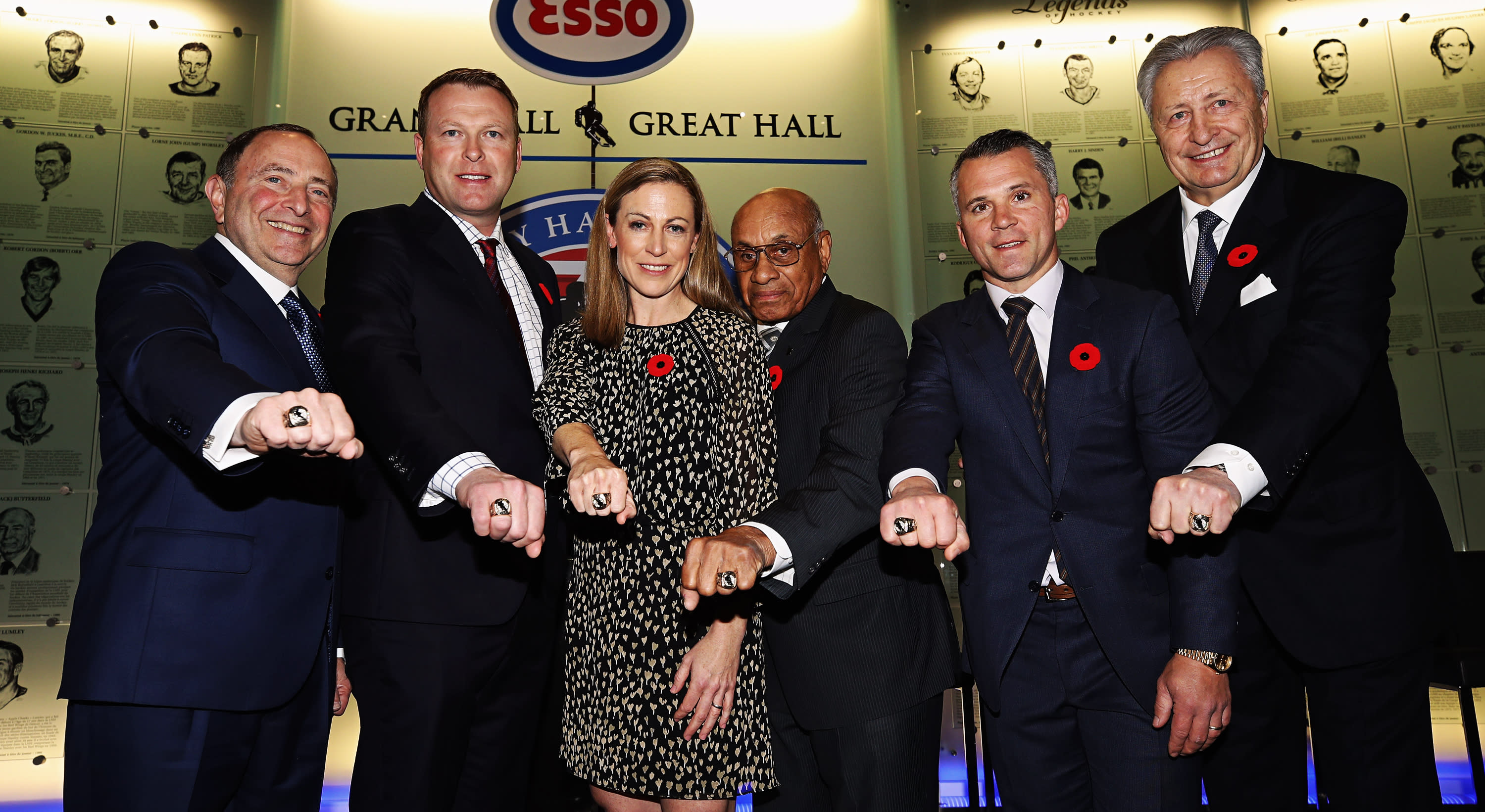 Is Hall of Fame inductee Marty Brodeur the greatest goaltender of all time? No, He is Not.

Yahoo Sports NHL writer Justin Cuthbert heads down to the Hockey Hall of Fame with Amit Mann to discuss the highlights of the 2018 class and ask who is the greatest goaltender of all time.
https://ca.sports.yahoo.com/hall-fame-inductee-marty-brodeur-201035450.html
0 Comments
Share
Andrew James @Buckshot
Shared a link
1:15am - 20 Nov 2018
Report 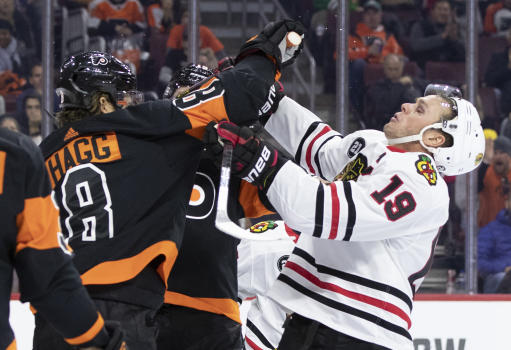 Where is "The Hammer" When You Need Him???

Hockey in the NHL is a far different game than it was 45 years ago, when the Broad Street Bullies ruled the ice with their fists. In the 1970s, the Philadelphia Flyers had guys like Dave ''The Hammer'' Schultz, Bob ''The Hound'' Kelly and Andre ''Moose''
https://ca.sports.yahoo.com/news/bye-bye-broad-street-bullies-flyers-dont-fight-192145526--nhl.html
0 Comments
Share
HockeyCircles @HockeyCircles
Shared a link
9:16pm - 10 Nov 2018
Report

Claude Giroux steals the puck in the slot, dekes to his backhand and fires a shot past Corey Crawford, giving the Flyers a 1-0 lead
https://www.nhl.com/video/girouxs-silky-opening-tally/c-62783303
47
0 Comments
Share
HockeyCircles @HockeyCircles
Shared a link
4:44am - 09 Nov 2018
Report

Shayne Gostisbehere rips a one-timer from the slot that deflects off a defender's stick and past Darcy Kuemper for the winning goal in overtime
https://www.nhl.com/video/gostisbeheres-overtime-winner/c-62734903
24
0 Comments
Share
HockeyCircles @HockeyCircles
Shared a link
10:33pm - 07 Nov 2018
Report

Giroux Sends 'Yotes Back To The Pound

The Moose Is Loose

5 Things Of Note For Tonight's Match Up vs Ottawa

2
For all the latest news on the Philadelphia Flyers Login to Create Post Login to Join
Circle Rules
R1: Hockey related posts only
Circle Moderators

Fans
Players
Teams
Leagues
Business
Trainers
American FootballBaseballBasketballCheerleadingCricketDanceField HockeyGolfIce HockeyLacrosseMMAOtherRugbySoccerVolleyball
User Agreement Privacy Policy Content Policy
© 2020 TeamsterApp Inc (Teamster). All rights reserved. Your use of Teamster constitutes agreement to our policies. Any trademarks and copyrights belong to their respective owners and any use does not constitute endorsement. Built with and and in Vancouver, BC.